Table Top Racing started as a mobile game for iOS devices 7 years ago, and after a few upgrades for Consoles and PC, it finally made its way to Nintendo’s Hybrid Portable System, The Switch

Table Top Racing is based on classic toy car games like Micro Machines, where the race tracks are actual tables on a house, restaurant, auto repair shop, or a billiards table at a casino. And like the popular Kart Racing games we all play and love, there are shortcuts, power-ups and the game itself doesn’t take itself too seriously.

You accelerate with the right trigger, brake with the left one, have a button to use the items you pick up on the track, have another button to use a power-up you can install in your vehicle, and steer with the left stick, and that’s pretty much it, plain and simple, like its mobile game origins, it keeps the controls basic.

The race tracks are fairly short, with 4 or 5 laps each. You may even be able to finish one loop in as short as 15 seconds once you have a sort of powerful car since you start with jalopy.

There are 3 cups where you can play, the classic one where the cars are slow but can take a direct impact from an opponent without losing control and moving away much; the street racing cup with fast cars that are able to drift in close curves, and the SuperCar cup with vehicles that seem to be tiny Fast & Furious wheel machines.

The main style of races are with several opponets where you can use all kinds of weapons like missiles, electric blasts and freezing rays, or traps like spilled oils and bombs. You find them in “?” signs across the tracks, and there are also turbos that give you a speed boost for 2 seconds. Besides that, there’s a style of race where you can’t use power ups, which may seem boring in the classic cup, but in street cup with fast cars is actually not that sleep inducing.

Besides just trying to reach the goal before everybody else, there are also beat the clock tests where you need to complete a lap within a certain amount of time, and a checkpoint race where you need to pass between 2 glowing poles to add +2 seconds to your time limit and keep going until the time is up.

There are also races where you just need to crash into your opponent to win, or overtake a rival in a track to earn one point, another one will appear further down the road, and you need to reach it to outrun it and keep going adding points until the time is up.

Finally, you have Elimination Race, when every time lap the last competitor is eliminated from the race, until only one remains.

Overall, TTRWT is kinda like Mario Kart and all the clones that have appear of mascots riding tiny motor open-wheel cars, just with toys instead of known characters in their videogame worlds.

The 3D models aren’t anything very cool-looking for the modern gamer. The graphics are fairly average even for the switch standard, and there are current games available on Google Play that actualy look better. Still, some reflection effects on puddles you find in one track actually looks pretty fancy, and there are some particle works on fire and thunder shocks that give a little eye candy to the game, but overall it just seems “a tad” mediocre.

The car designs are actually well done, there are different types of 4 wheels vehicles like muscle cars, pick-up trucks, vans, street racing hot rods and the like. And once you earn some money, you can customize their wheels and give them a paint job, with many different looks available for each one.

Each table has many objects depending on the place you’re in like if it’s a restaurant, you can see kitchen knives, plates, ingredients, cans, meat, and even a few fruits will be obstacles to avoid in the tracks. In a garage, you may bump into a coolant can or WD-40 dispenser. And in the casino, you’ll be passing over poker cards, rollover dice and crash into gambling chips, and even see neon signs on the sides of the road.

Most stages seem to be enclosed in a room, but there are some like the beach bar where you can see the sea and even a coast city like Venice far away, but you can tell it’s just a 360-degree picture.
For a mobile game, it looks above average, but if you compare it with the latest racers that have come to the Switch, meh… Grid Autosport for Android looks better.

The game’s original soundtrack just “works”, but it’s not really catchy, and none of its songs its actually memorable. Hardly any player would want to buy the OST to listen to it outside of the game.
The sound effects are just fine, but it may get a little annoying to hear the engines working and the cars passing you by all the time. The explosions and other weapon effects, are “fine” and that’s it, you won’t get blown away by the audio quality you’ll hear here.

According to the Developer in the game’s store, the championship mode of the game can give you up to 25 hours of fun. If you’re able to play for more than 2 hours and not get bored, that is.
If you really have nothing to do, and feel like killing time with a tiny car racer, it may be worth it, but this game has nothing on Mario Kart 8 Deluxe or the new Team Sonic Racing or Crash Team Racing Nitro-Fueled.

The On-Line Multiplayer modes maybe a little more fun, but good luck finding other people that bought this game and are willing to play it with you instead of the other popular titles available to play with people all over the world.

You can tell there was an effort put in this title but is really no contender against a full console title made that way from the ground up.

You may have more fun with the Micro Machines, Hot Wheels and Mascot Kart Racers from the late ’90s. Even Bettle Adventure for N64 made you want to beat all championships and it was a blast in multiplayer.

When the original Table Top Racing came out for iOS devices, it may have been something that stood out among similar games, but currently, for Nintendo’s popular console/portable system, there are much better offers, and you may want to try out the google play version instead of spending a few more dollars in this “full” game. 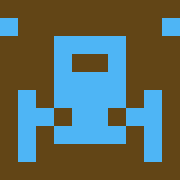